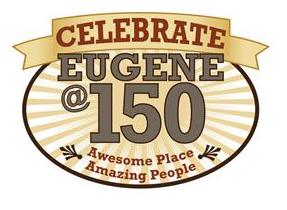 Eugene was first incorporated 150 years ago on Oct. 17, 1862. Join us in honoring our community’s history, celebrating the present, and creating a legacy of pride that builds excitement for Eugene’s future.