Eugene Public Works is on track to hire a contractor in early spring for the South Willamette Street Enhancement Project. Construction is expected to start in late-April or early-May.

A priority of this project is to keep the Willamette Street corridor open and accessible for everyone during the entire construction period. Through careful design, project managers have planned to maintain access for all businesses and streets throughout the corridor for the duration of the project, whether you’re driving, walking, riding a bus, or using a mobility device.

Construction is expected to last through the end of the year, weather permitting. However, there may be some alterations to the schedule to avoid construction during the 2020 holiday shopping season. 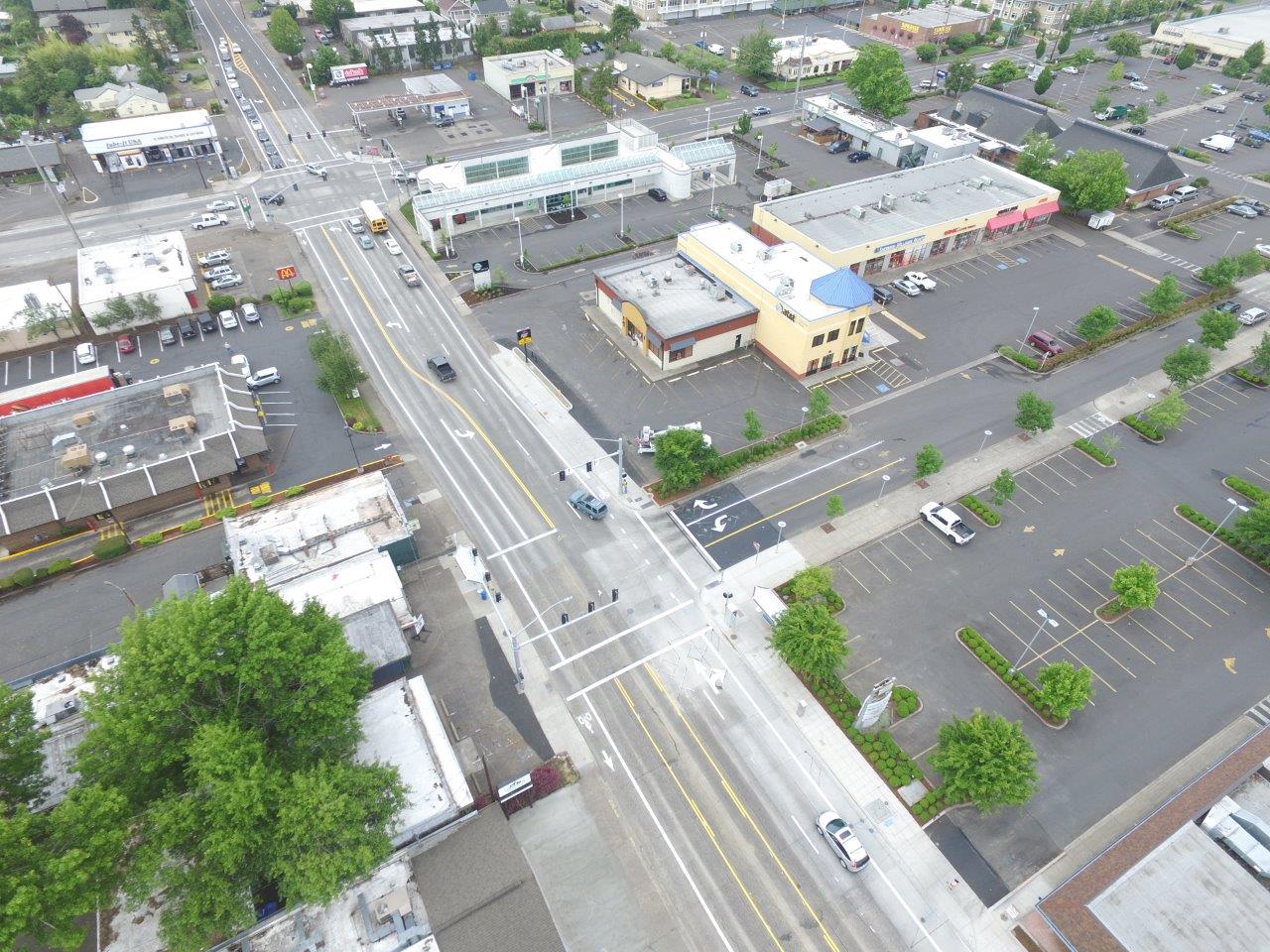 Construction on the South Willamette Street Improvement Plan is complete, pushing the project into the pilot study phase. Brown Construction wrapped up the months-long construction project in early June.

More improvements are expected in 2018 with construction of a pavement preservation project. Thanks to an award of federal funding, $2 million will be available for sidewalk replacement, street lighting, and other pedestrian-scale improvements.

For current information on active construction projects in the city of Eugene, please go to www.tripcheck.com or visit the City’s project web site at www.eugene-or.gov/roadwork. 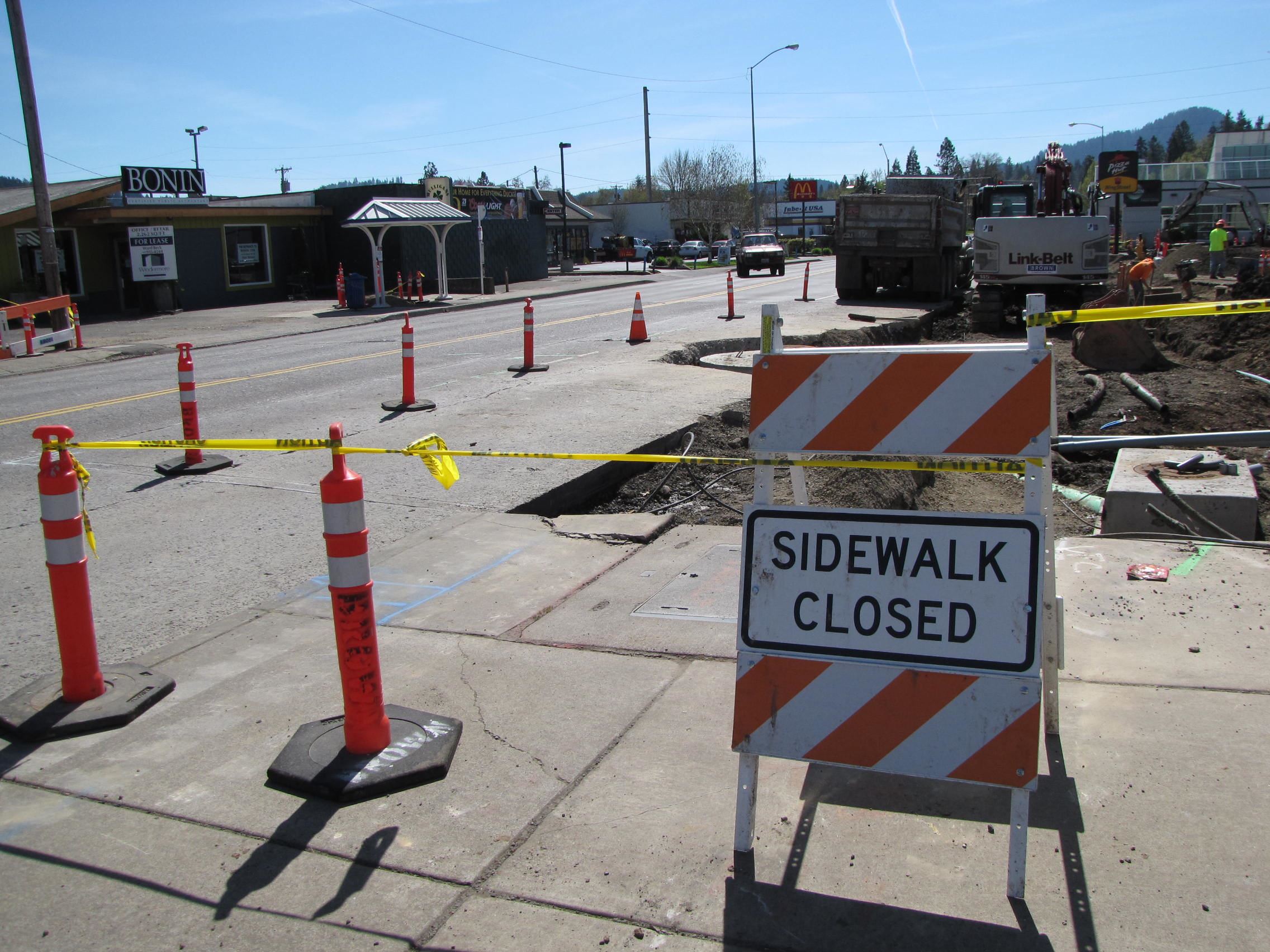 The pilot study restriping will last a full calendar year following an adjustment period after construction. The restriping will provide an opportunity to confirm traffic modeling data and learn from actual experience before permanent changes are made to that section of Willamette Street. Lessons learned from the pilot study can also be applied to other transportation corridor projects. A report to the Eugene City Council detailing the study results from transportation, economic, and user experience perspectives is expected in early 2017. Following a final decision on the South Willamette Street configuration, a pavement preservation project is planned for construction in 2018 when the final street configuration decision will be implemented.

The pilot project occurred on South Willamette Street within the study area between 24th and 32nd avenues, and included pilot restriping and permanent components. Permanent components included constructing a permanent traffic signal at the Woodfield Station driveway north of 29th Avenue as well as widening Willamette Street north of 24th Avenue to tie in to the existing bikeway system and leave enough space for a left-turn lane for southbound traffic on Willamette at 24th. In the vicinity of 29th Avenue, the pilot study restriping included two southbound travel lanes, a center turn-lane, one northbound travel lane, and bicycle lanes on both sides of the street. North of the 29th Avenue area, the pilot study restriping consisted of one travel lane in each direction, a center turn-lane, and bicycle lanes on both sides of the street. Several sidewalk access ramps in the project area were brought into compliance with current federal ADA standards.

Following the year-long pilot study, staff shared the study’s success with the Eugene City Council on February 26, 2018 and informed them that the bike lanes and a three-lane street will be made permanent with a pavement preservation project in 2020. The project will replace sidewalks, driveways, and access ramps; and add pedestrian-scale street lighting and rain gardens on side streets to treat stormwater.

The council presentation and relevant documents can be found here:

Video of Presentation by staff to City Council

Participation in the study involves confidentially submitting monthly sales revenue for a period of 18 months, beginning in January of 2015. Click here to find out more about the study and enroll.

The South Willamette Street Improvement Plan will explore options for people to easily and safely walk, bike, take the bus, or drive in an eight-block study area from 24th Avenue to 32nd Avenue. The goal of this study is to help South Willamette Street become a vibrant urban corridor accessible by bicycle, foot, car, and bus. Today Willamette Street is heavily used to reach many popular destinations, yet it is uninviting to pedestrians, bicyclists, transit riders and motorists alike. For years, many residents and business owners have shared complaints about the poor conditions on Willamette Street for walking and biking and the need to do something about it.

The street has two travel lanes in each direction, with no left-turn lanes on the majority of the corridor. The narrow sidewalks are filled with many obstacles, such as mailboxes, utility poles, and trees or landscaping. Nearly 70 driveways cross the sidewalk in this area and create potential hazards for pedestrians and bicyclists. Vehicles stop in the outside travel lanes, blocking traffic.

The South Willamette Street Improvement Plan will develop a complete street design plan for an active transportation corridor (providing for walking, biking, transit access, motoring and business access) that can be adopted and advanced as a capital improvement project for construction.

The Plan aims to:

4) Foster a well-informed and involved community supportive of the plan.

Previous transportation studies of South Willamette Street suggested adding bicycle facilities, pedestrian crossings, improved transit stops, and reducing the number of motor vehicle travel lanes. This project will study how these changes to street elements could be implemented, and investigate the level of public support for these ideas. Critical to the success of the project is involvement by a variety of people informed by the sharing of information, interests and ideas to establish priorities and consider the tradeoffs between different street design options.

Read more about public involvement for this project here

How does the Willamette Street Improvement Plan relate to the South Willamette Concept Plan?