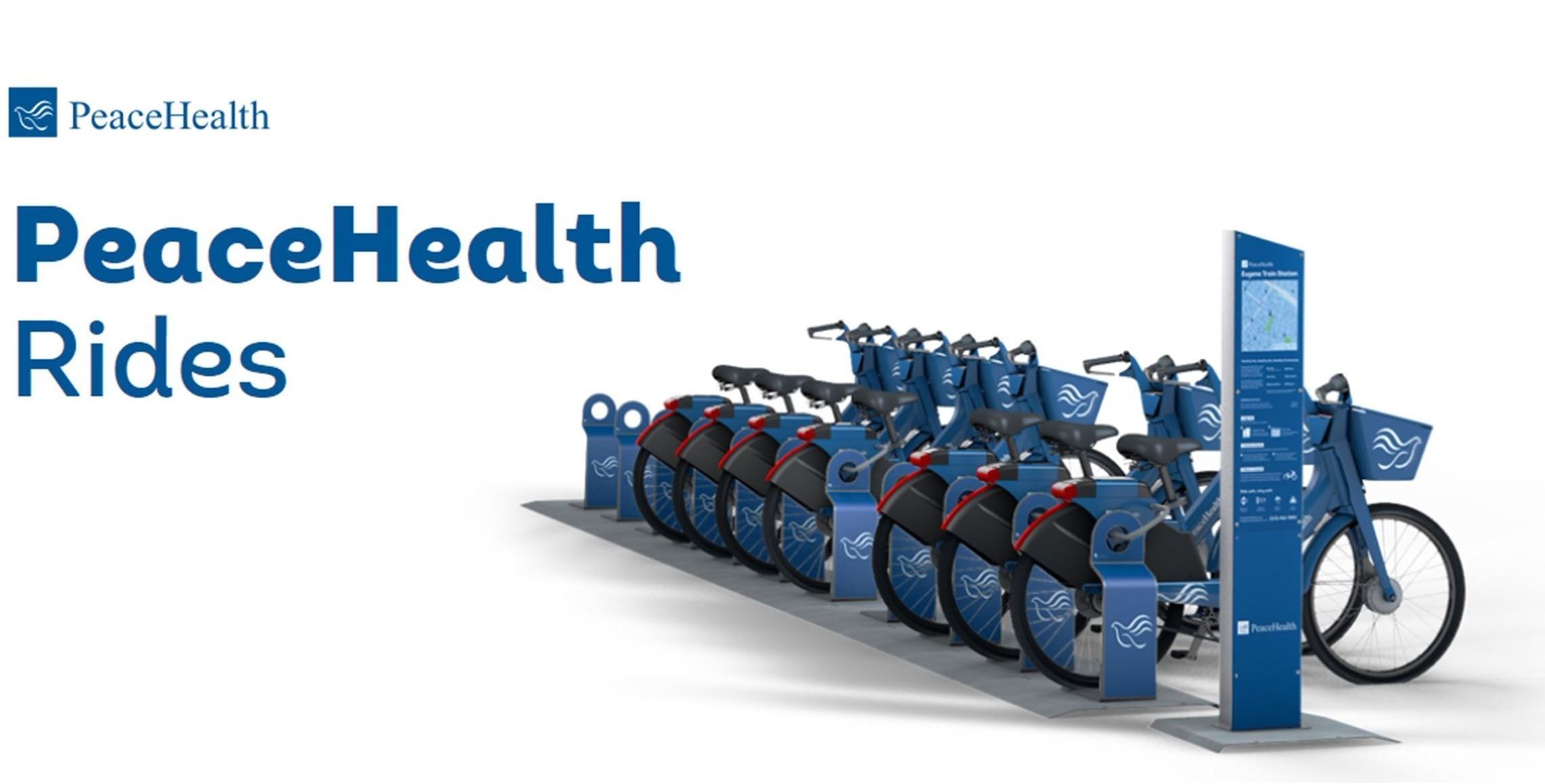 Social Bikes is a leader in the development of “smart bike” technology that allows bike share bikes to be parked at any location within the service district. Social Bikes is currently operating in 18 locations in North America including the BIKETOWN system in Portland, OR.

The City is interested in transportation solutions like bike share because it provides a transportation option that utilizes existing infrastructure, helps to reduce the burning of fossil fuels for urban trips, and implements city plans and policies including the Climate Recovery Ordinance and the Transportation Systems Plan.

Bike share users are able to choose a membership plan that best suits their needs including one-time, monthly, and annual memberships.  There are also group pass options for large employers.

PeaceHealth Rides — Ride With Us! from City of Eugene on Vimeo.

Pro Tip #5 Kick It! Please Use the Kickstand

Bike share is an innovative transportation program, whereby system subscribers have access to bicycles through self-service kiosk locations throughout the community. The system is accessed through low-cost subscriptions ranging from a few dollars for one-day to annual memberships that in other communities generally cost between $60 and $100 per year. 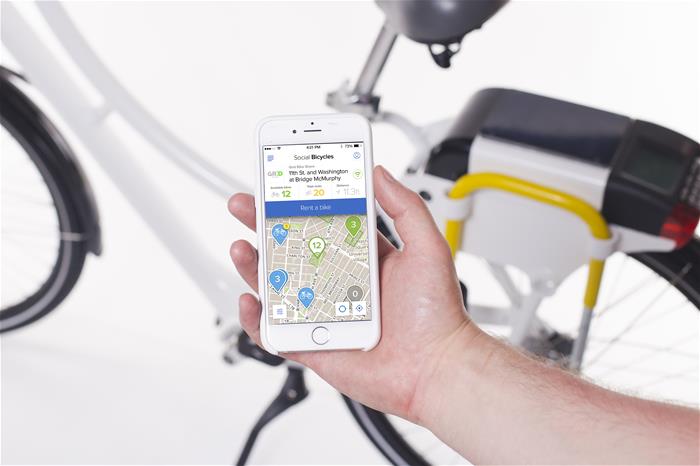 For more information see the Eugene Bike Share Feasibility Study linked below. These are large files that may require considerable time to download.

What forms of payment are accepted?

Most U.S. systems require a credit or debit card to become a member and check out a bike. This helps make riders more accountable for all ridership costs and prevents theft. Since this issue has presented some barriers for people who don’t have access to a credit or debit card, various systems around the U.S. have been implementing pilot programs to make their services more accessible. Social Bikes and regional partners will be evaluating different options to make bike sharing available to everyone.

Phases one and two of the recommended system will launch with 35 stations and 300 bikes in spring 2018.

Are theft and vandalism major concerns?

Existing bike sharing systems are built with security mechanisms that help deter theft or vandalism while withstanding year-round weather conditions. To this end, users must use a credit or debit card or their membership key to check out a bike, which creates user accountability. In a recent study, all existing systems reported less than 1% of bicycles vandalized or stolen.

Social Bikes utilize proprietary parts, including bolts, that resist theft.  The bikes also feature real-time GPS so that bikes can be tracked and found if determined to be missing or stolen.

How is the system funded?

On March 19, 2015 the Oregon Transportation Commission approved the City of Eugene’s grant request of $909,066 to create a bike share system in Eugene.  An additional $193,000 was transferred from the University of Oregon (Associated Students of the University of Oregon) to the city to ensure provision of bike share stations on the UO campus.  Operations are primarily funded through a combination of user fees and sponsorship contracts.  There will be a sponsorship announcement in November 2017.