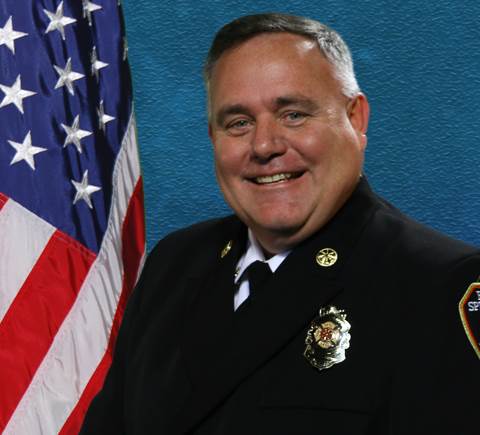 Chris Heppel is the Interim Fire Chief of Eugene Springfield Fire. He joined the department in June 2017, as the Deputy Chief of Strategic Services. In this position, Chris oversaw the organizations special teams, emergency medical services and logistics divisions. Prior to joining the fire service Chris was a career enlisted aviator with the U.S. Air Force, retiring in 2007. During his military career, he found an interest in EMS and completed his paramedic education in the civilian setting. His EMS career paralleled his military duties as he worked as a paramedic and supervisor in private, cooperate and hospital-based EMS systems in Atlanta and Las Vegas. Overall, he has 32 years in public service. Chris has earned a Bachelors’ Degree in Professional Aeronautics from Embry Riddle Aeronautical University. Additionally, he is a graduate of the National Fire Academy Executive Fire Officer Program and holds the designation of Chief Emergency Medical Services Officer with the Center for Public Safety Excellence.