Eugene tosses 40 million pounds of food into the local landfill each year. Half of this food waste comes from homes. Composting food waste allows us to use this material for something useful while also reducing harmful greenhouse gas emissions.

As of October 1, 2019, customers who have residential garbage service now have the option to put food waste in their yard debris bin instead of in the garbage. This citywide program comes after a successful three-year residential curbside food waste collection pilot program that included 1,500 households in four Eugene neighborhoods. The mixed food waste and yard debris will be turned into nutrient-rich compost by local processors.

For program updates and to learn about our other programs, sign up for our quarterly newsletter. 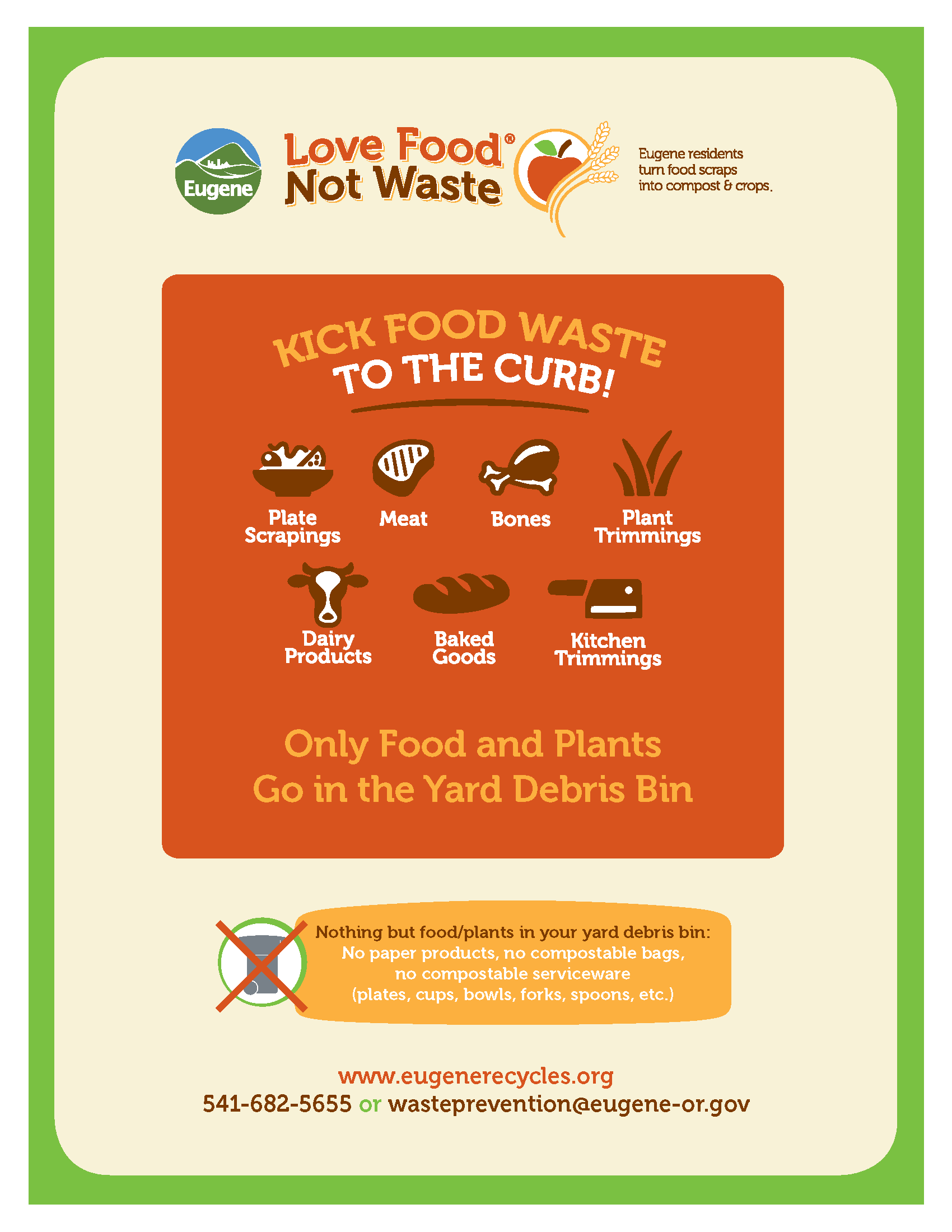 “Since I’ve started composting I’ve found that I also now separate some waste out to put in the freezer to make soups and stocks. Anything that doesn’t get saved for stocks gets composted and I never did that until this program!”

“I’m happy to report that the counter top compost bin is happily being used. Thanks again for facilitating the composting program. It’s making a very positive difference in my life, and I imagine for the community at large.”

“I was happy to be part of this pilot project. Being that I have never composted before, it was an eye opening experience to see just how much food waste my family can produce. I am happy to know now that all that waste is not going to the landfill. I was also surprised that my bin never seemed to get smelly. All in all, a great program. I also liked that I could include bones and dairy! I really don’t think I’d change anything about the program. I would just hope to see the entire city of Eugene participating one day”

“I appreciate how easy it is to participate. I also like that the program is trying to do something about the amount of garbage/ waste people produce instead of just sending it to the landfill.”

“I like that it is SO easy to do! The pail on the counter is a great reminder to put the food scraps and coffee grounds in.”