With the approval of the proposed terms, the Agency and Dream Plant development team can enter into a development agreement that would enable Dream Plant to start its due diligence. However, due to increasing construction costs and rising interest rates, the development team estimates a significant financial gap remains. The City and team are working together to identify funding for this gap. 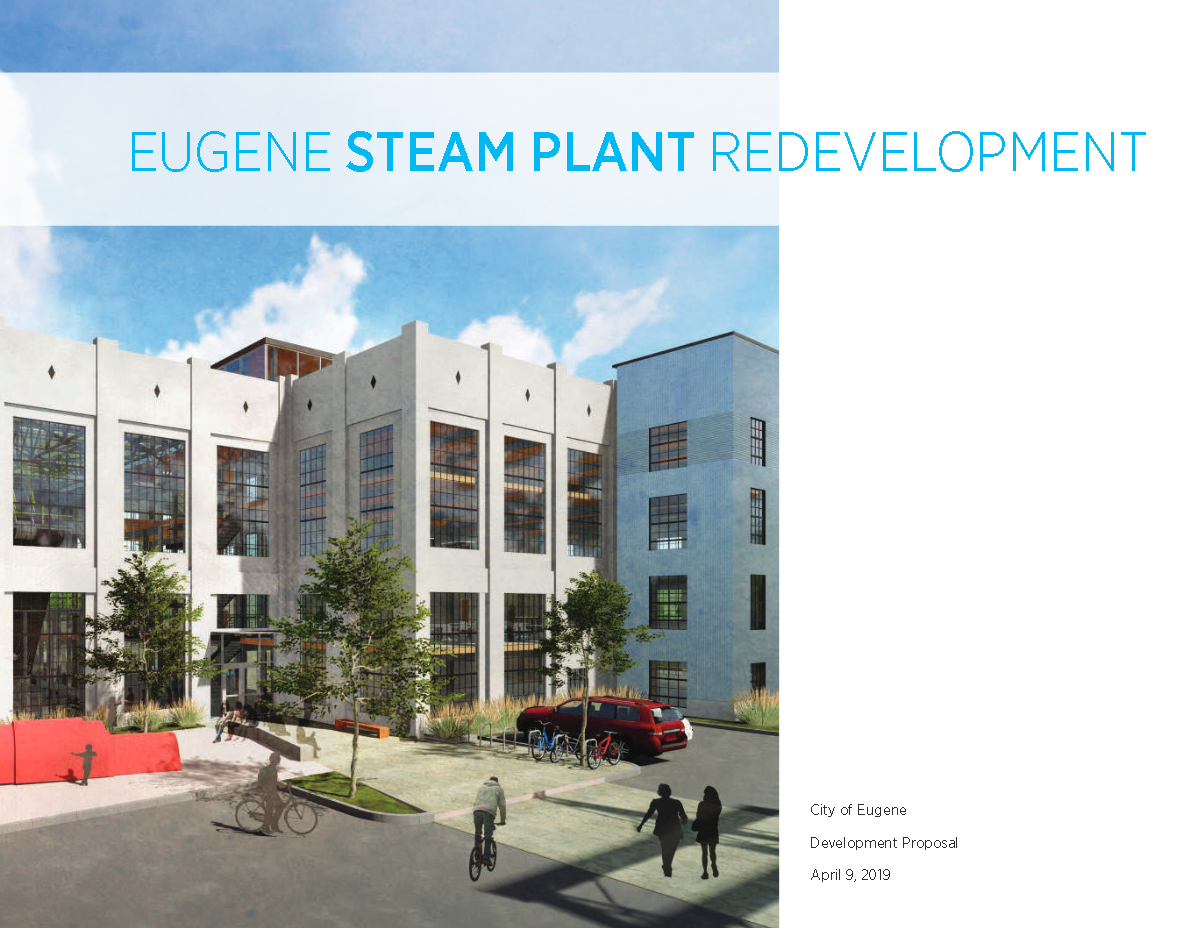 In January 2022, the Urban Renewal Agency of the City of Eugene approved terms for the redevelopment of the Steam Plant. The revisioning of the Steam Plant will be led by a local development team headed by Mark Miksis, of deChase Miksis, and Mark Frohnmayer, of Arcimoto. The team proposes to save and adaptively re-use the Steam Plant, transforming it into a vibrant mixed-use center that maximizes public participation and

enjoyment. The ground floor would look out to the river, drawing the public in for art, music, food, and drink. The upper levels of the building would include an independent hotel and office spaces that would provide the fiscal foundation to make the redevelopment feasible.

Click here to view the team’s proposal.  For more information on the proposal and the approved deal points, you can  view the materials and watch the January 26, 2022 work session .

The terms approved in January 2022 included the use of Urban Renewal funds for asbestos abatement, systems development charges, and permit fees to support the project (estimated at $1.5 million). The Dream Plant team estimates that even after accounting for the Urban Renewal funds and their other sources of investment funds, the planned redevelopment has a remaining financial gap, which as of a year ago was estimated at over $5 million, due to significant cost escalations that impact the project feasibility. Staff continues to work with the Dream Plant team to identify funding for this gap, although at this time, both parties have exhausted all known potential leads for funding sources that could meaningfully reduce the gap including an unsuccessful request for funding from the state legislature.

On April 23, 2018, the Agency Board approved a process for the redevelopment of the Steam Plant and criteria to guide the process. The approved process and criteria can be found below:

The Agency issued a Request for Qualifications from visionary teams for the redevelopment of the Steam Plant. The Agency received four submissions to the RFQ. The RFQ and submissions can be found below:

The local team and the City launched a community outreach campaign on in January 2019 to solicit feedback on the proposed concepts. Click here to read the online survey results.

In April 2019, the River Guides evaluated the proposal and recommended moving into negotiations with the development team. On April 24, the Agency Board directed the Agency Director to negotiate deal points with the team. 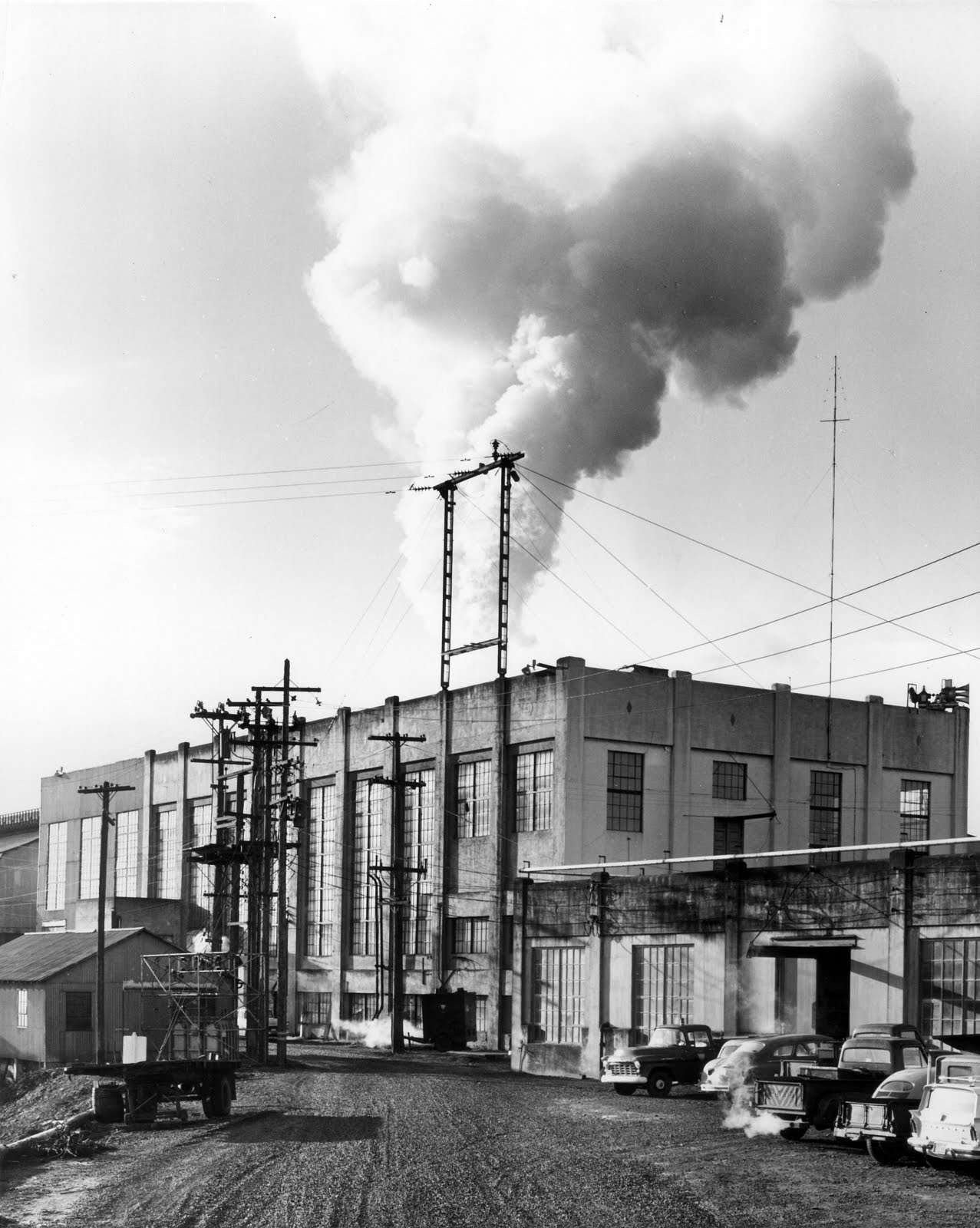 Constructed in 1931 this 28,000 square foot multi-story masonry and steel structure was built to house three steam boilers and turbines.  The industrial deco-style building is historically significant for its original use in generating standby electrical power to the pumps bringing river water in to the city’s original water treatment plant, and beginning in 1962, to supply district heating to downtown businesses.  Steam Plant operations ceased in 2012 and the building is currently vacant.

More information about the Steam Plant’s history can be found in this 2012 report.

The Agency Board received an update on the proposed redevelopment of the Steam Plant.

The Agency Board discussed the proposed Steam Plant deal points. The Board requested additional information which is provided in this summary.

The Agency Board received an update on the current financial status of the Riverfront Urban Renewal district and had an initial discussion of four projects that could be pursued in the future, as requested by the Agency Board: 1) Steam Plant, 2) Plaza, 3) Affordable Housing, and 4) Parking. No action was taken.

Agency directed the Agency Director to negotiate with the Miksis/Frohnmayer development team and return with terms for the sale and development for approval.

Agency Board approved criteria and process for disposition of the Steam Plant.

Executive session followed by work session. Agency Board directed staff to draft a process and

criteria for the disposition and redevelopment of the Steam Plant.