Where the Willamette Meets the City

As a community, we trace our origins to the river. Eugene Skinner created his first plat for this city located along the Willamette River’s southern bank, but severe floods forced him to higher ground. He drew a second map of Eugene with the Downtown Park Blocks as its centerpiece and the city took its first step away from the water’s edge, leaving Eugene’s riverfront to be primarily populated by industry for the next 150 years.

One of the priorities the City heard most clearly in talking to the community about the future of parks and recreation in Eugene, is providing access to the river – for everything from recreation to simply enjoying the views. The three-acre Downtown Riverfront Park, with adjacent one-acre public plaza, will be the heart of the greater riverfront development that reimagines a new, vibrant future and will, once again, unite our city with the river.

Information about the 16-acre Downtown Riverfront Development can be found at eugene-or.gov/riverfront.

The City has retained Walker Macy as the design consultant. Walker Macy has been providing landscape architecture, urban design, and planning services since 1976. They specialize in providing creative solutions that transform public and private spaces into successful urban plazas, parks, and waterfront revitalization projects. They have received 31 awards from the Oregon chapter of the American Society of Landscape Architects (ASLA) and 2 National ASLA Merit Awards. Notable projects include the Ankeny Plaza, Pioneer Courthouse Square, and the South Waterfront Park in Portland.

Focus groups, open houses, surveys, and online outreach helped shape our comprehensive, three-month public involvement process. During the course of this process, we received more than 3,500 responses from the community about how they envision the Downtown Riverfront Park. Read the full Public Involvement Summary here.

With thousands weighing, a design concept emerged for the Downtown Riverfront Park that is fundamentally urban in character balanced by riverbank and habitat enhancements. Broad river views, new bicycle and pedestrian paths, seating and overlooks will highlight the park design. Integrated art pieces will in turn help tell the stories about the ecology, industry and community, past and present, creating a park experience that’s truly all about Eugene.

Click through the images below to see the updated park design, multi-modal paths and interpretive art concepts. A larger image can be viewed by clicking on the individual image in the slideshow.

The 3-acre riverfront park will open in 2021 and will be built over two construction seasons. This summer will see significant grading activity, including lessening the slope of the river’s steep bank, removal of non-native invasive plants and replanting of over 24,000 stakes, bulbs and shrubs along the riverbank.

This is important prep work for the second phase in the summer of 2020 when all the new park features including paths, furniture, new landscapes and overlooks will be built. Construction will be complete in the fall and the park should open to the public in the spring of 2021.

The adjacent 1-acre park plaza, to the west of the riverfront park, is scheduled for additional design work and construction to be completed after the opening of the park and in conjunction with building development in the new neighborhood. 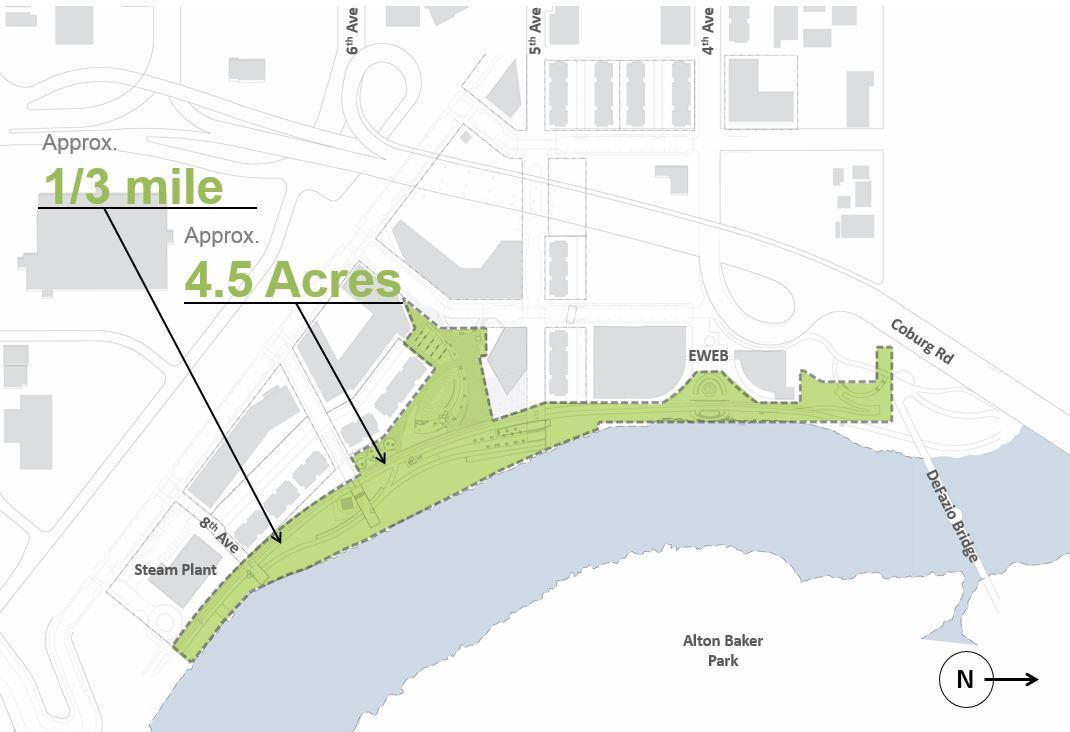 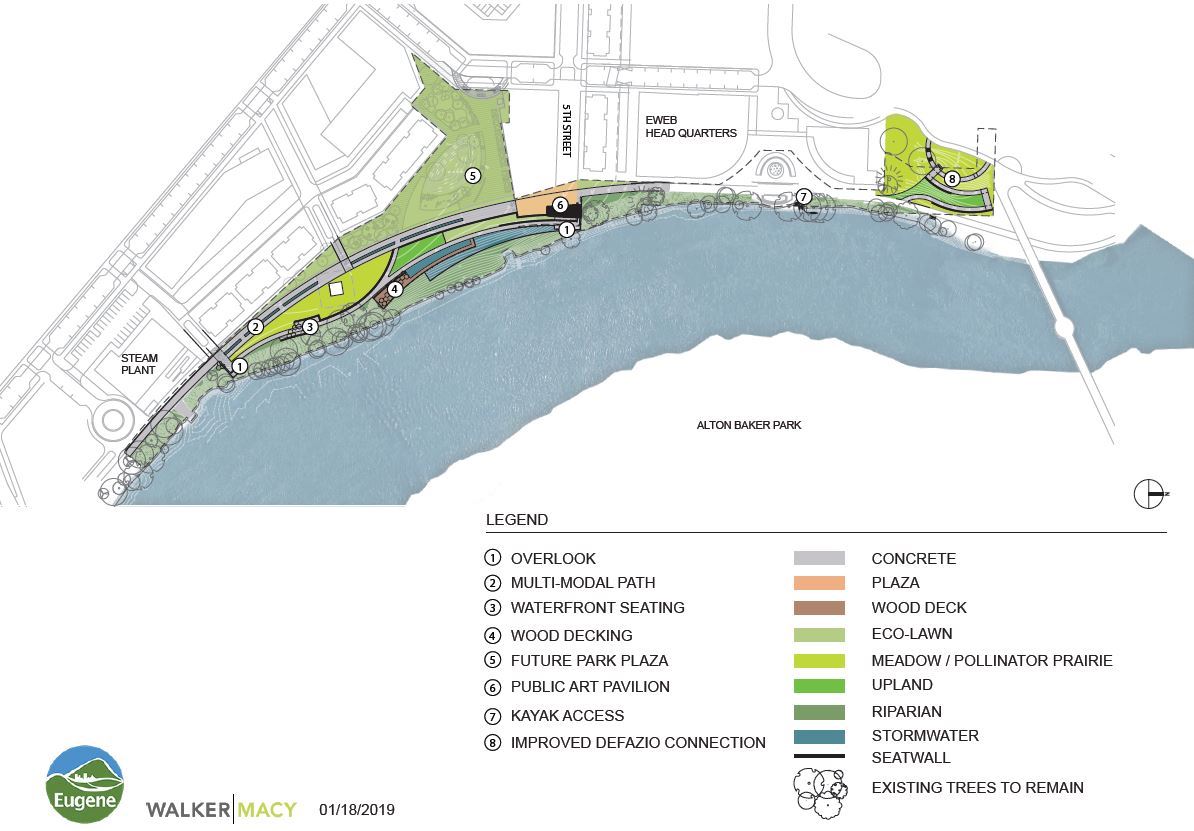 Visual access to the river is a big piece of this project. Both in the master plan and the public engagement process, bringing the City to the river was a priority. This design features lots of open views and river overlooks. 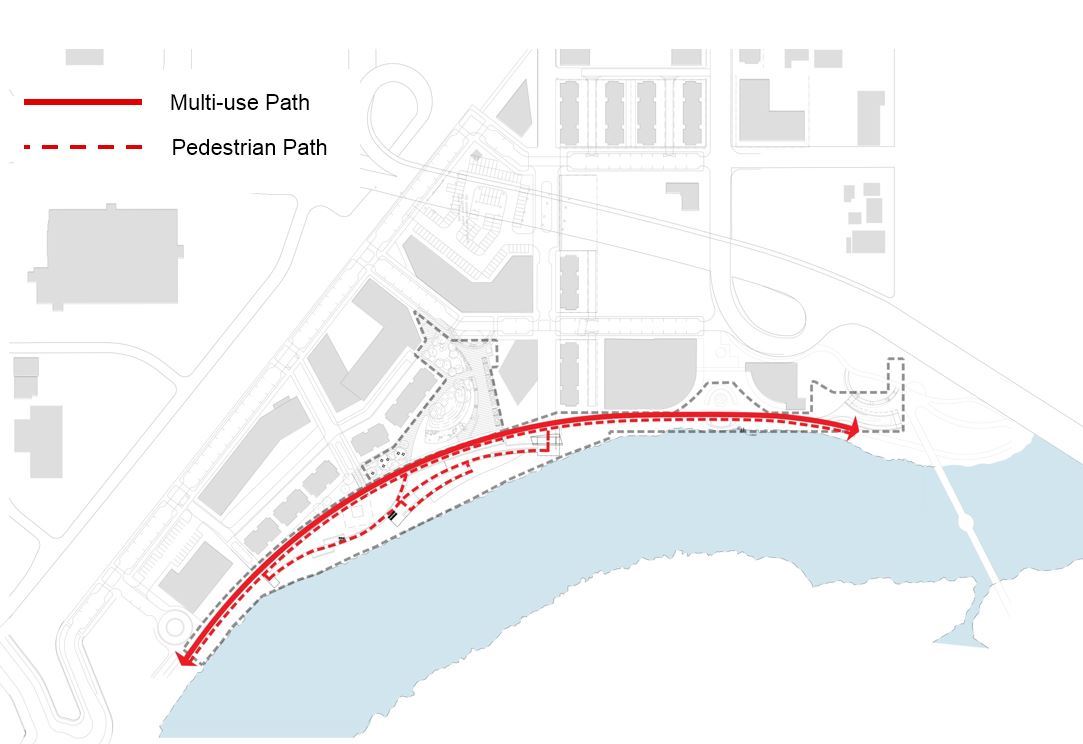 There was a strong desire from the community for split-mode paths.

The bike path will be upgraded to a multi-modal path with separate paths for bicycles and pedestrians. Smaller, dedicated pedestrian paths break off from the main path, bringing you closer to the river. 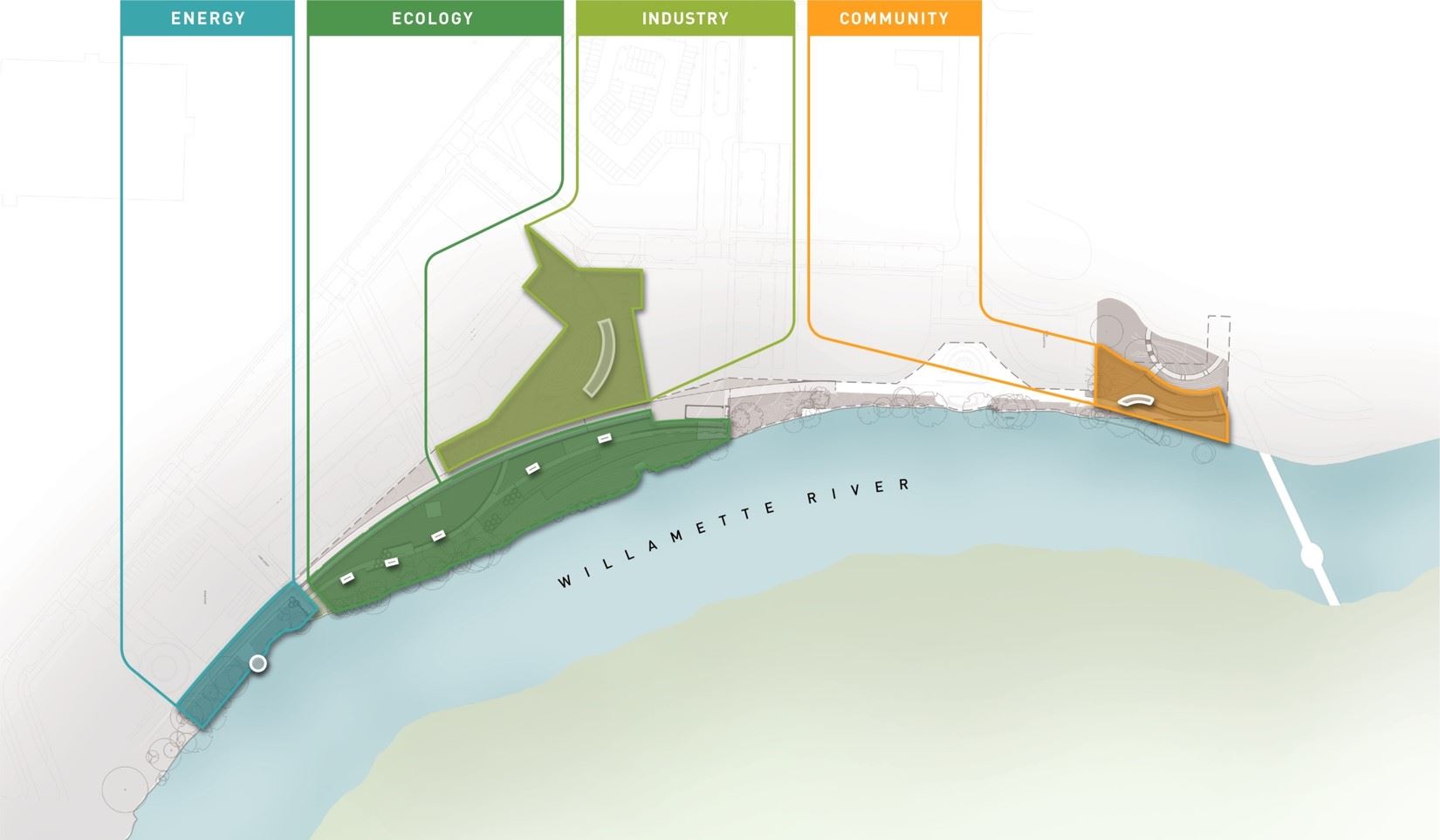 Interpreting the history, community and environment allows us to build a cultural landscape within our parks and open spaces. We are starting to explore interpretive elements in the themes of energy, ecology, industry and community. 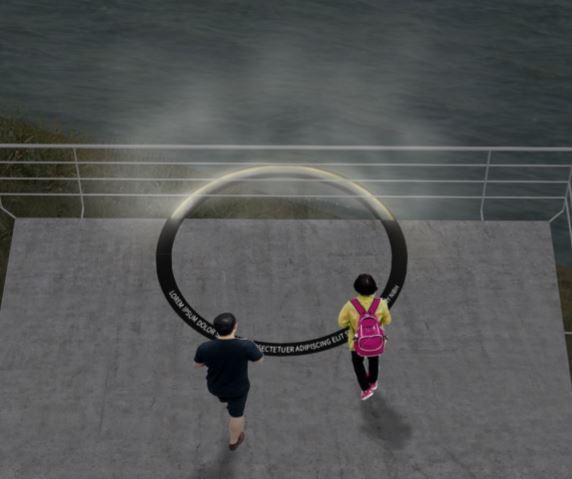 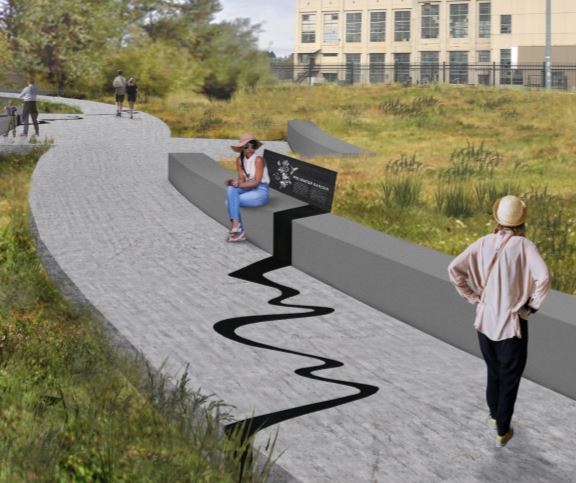 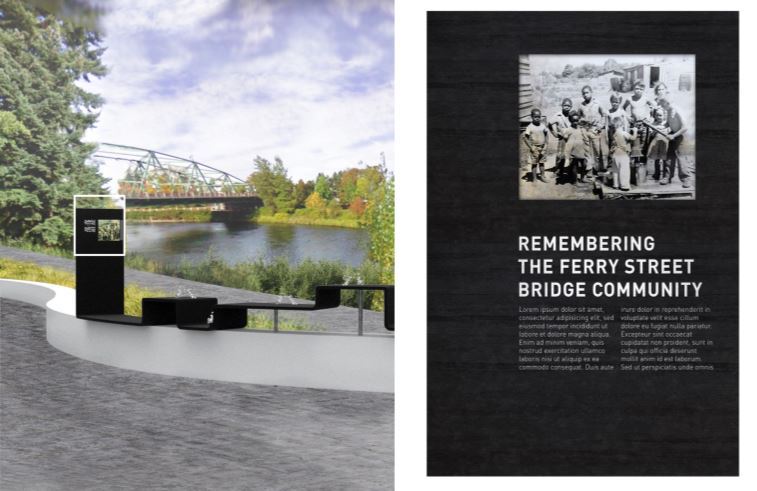