The Housing Rehabilitation Programs benefit low-income renters and homeowners and have served thousands of individuals and families in Eugene. Completed rehabilitation projects also benefit neighborhoods by serving as catalysts to stimulate the improvement of surrounding properties. Furthermore, the commitment of local funds has enabled developers to obtain additional financial support from other local, state, and federal sources. City programs are guided through the Eugene-Springfield 2015 Consolidated Plan. Please read below to learn more about the City's recent rehabilitation projects. 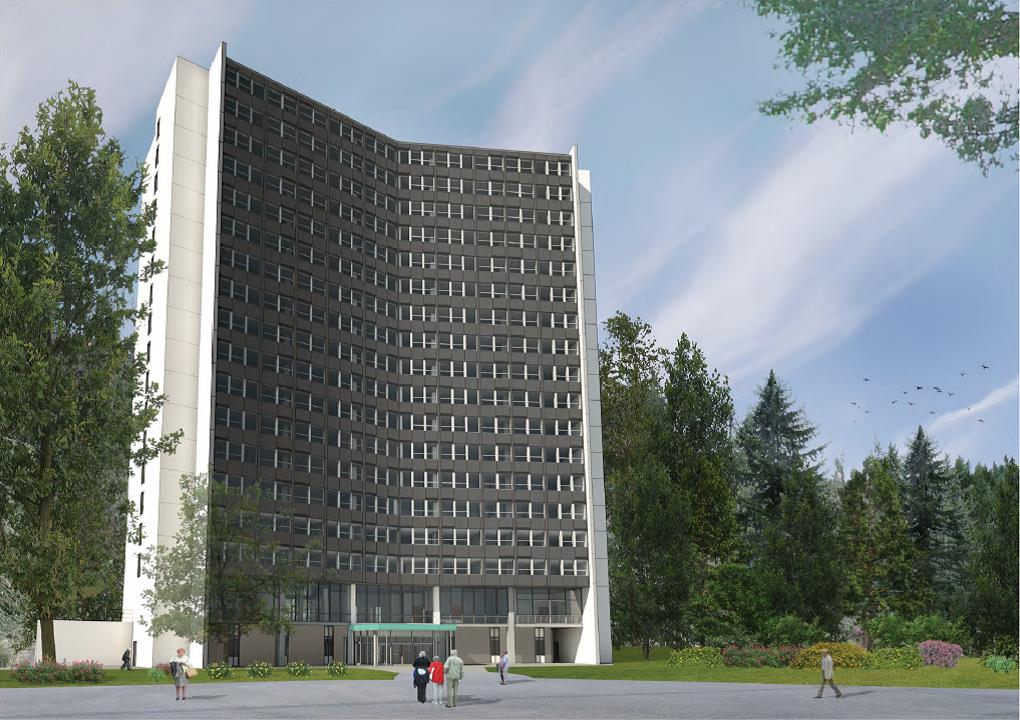 Ya-Po-Ah Terrace Retirement Apartments is locally owned by Evergreen Union Retirement Assoc. and was constructed in 1968. Since 1968, the building has provided 222 units dedicated to seniors aged 62 and older, including 210 apartments for seniors with very low incomes who pay no more than 30% of their income as rent. The average resident is over 76 years old and has an income of $15,910 per year.

The federal program that supported its construction and additional rent subsidies have allowed the units to remain affordable to seniors for nearly 50 years. The rehabilitation of Ya-Po-Ah Terrace allows the continuation of federal subsidies to preserve these units as affordable housing for current and future residents.

The total construction project was nearly $30 million and included:

During the rehabilitation, tenants were temporarily relocated to another unit within the building or to a comparable unit off-site at no cost to them. All residents returned once phased work was completed, and no one was permanently displaced as a result of the project.

Rehabilitation began in early 2019 and concluded in 2021. To view progress, please see Meadowhawk Imagery's photos. This project not only extended the life of the building, but also preserved the long-term affordability of the federal rent subsidies for future, aging Oregonians.

Please check back for more information.

Please check back soon for updates.