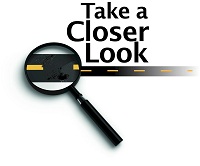 The City’s current 5-cent local gas tax and a $35.9 million voter-approved 2008 bond measure, together with portion of the growth fees paid by new development and dedicated pavement preservation funding, have allowed the City to complete more than $25 million in street repair project work on 343 lane miles of city streets since 2002.

In spite of this accomplishment, there is still a significant backlog of needed repair work, currently estimated at approximately $118 million. Currently the City of Eugene is spending approximately $15 million per year on street repairs. Even though this is short of the ideal funding goal, Eugene continues to make progress on repairing its streets before they fail completely.

Eugene has more than 525 centerline miles of streets, ranging from fully improved, busy arterials to unimproved neighborhood streets. The replacement value of Eugene’s transportation system is conservatively estimated at $500 million. The goal of Eugene’s pavement preservation program is to perform timely maintenance on streets so surface deterioration doesn’t result in road failure.

An updated report on the condition of Eugene’s streets shows progress has been made, but more work is needed to further reduce the backlog of needed repairs on the 1,345 lane miles of streets in the city. Download a copy of the 2015 Pavement Management Report.